This is some absolutely incredible work / engineering of style, taste, color and dominance.

For Gucci’s pre-fall 2017 collection, creative director Alessandro Michele once again delved into an eclectic and whimsical-filled journey. With over eighty looks in total, the lookbook was captured in Rome, Italy, at the Antica Libreria Cascianelli and the Antica Spezieria di Santa Maria della Scala. The first being an old bookstore and the latter being a 16th-century apothecary. There is no shortage of embellishments and pattern play. From black jaguars to rabbits to tigers, Michele showcased playful animal motifs. 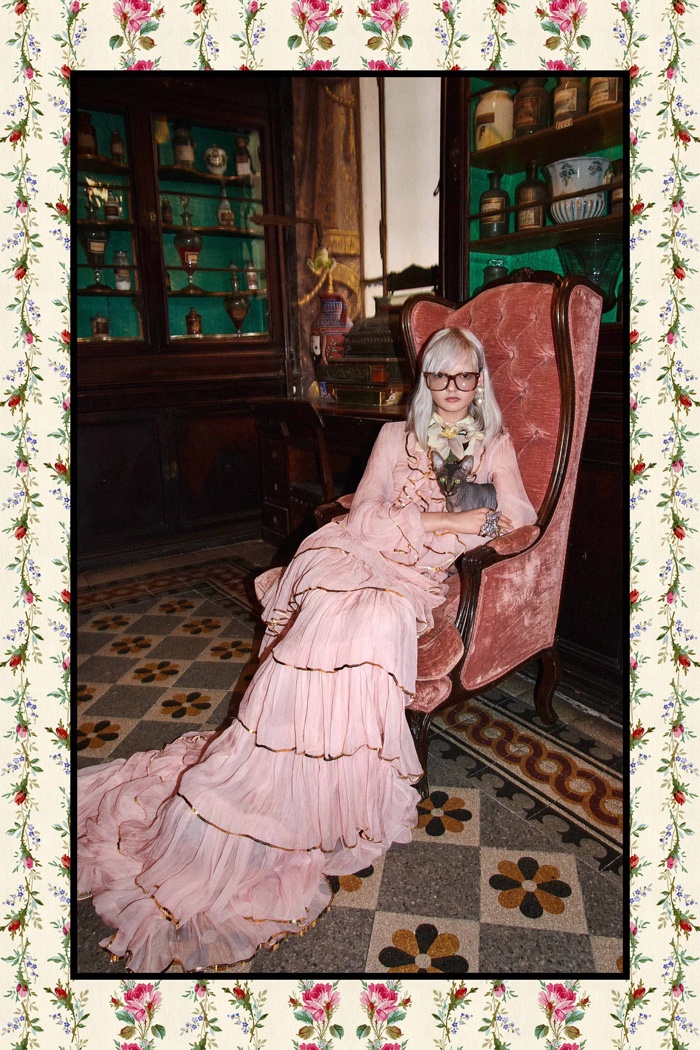 For a touch of fantasy, the Italian designer even decorated pieces with dragons. Bows and florals adorned many styles ranging from dramatic gowns to skirt and jacket sets. For a touch of casual, the Gucci woman wears relaxed pajama silhouettes as well as leather jackets and casual t-shirts. Finishing the looks are embroidered boots and sparkling flats. Bags come in oversized totes as well as leather miniatures tied around the waist. 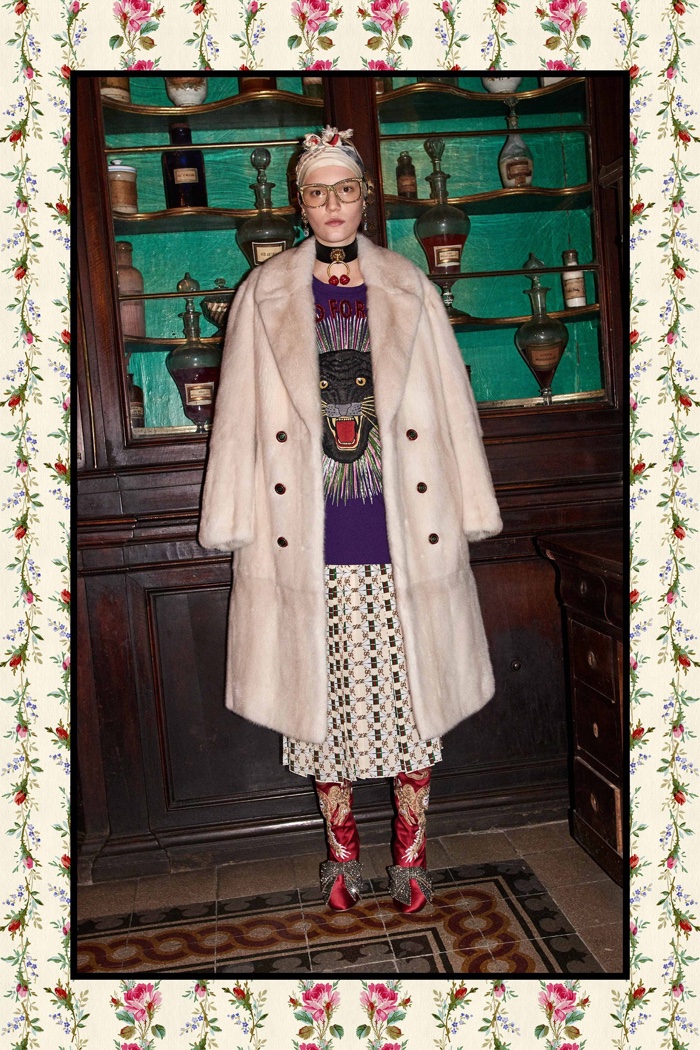 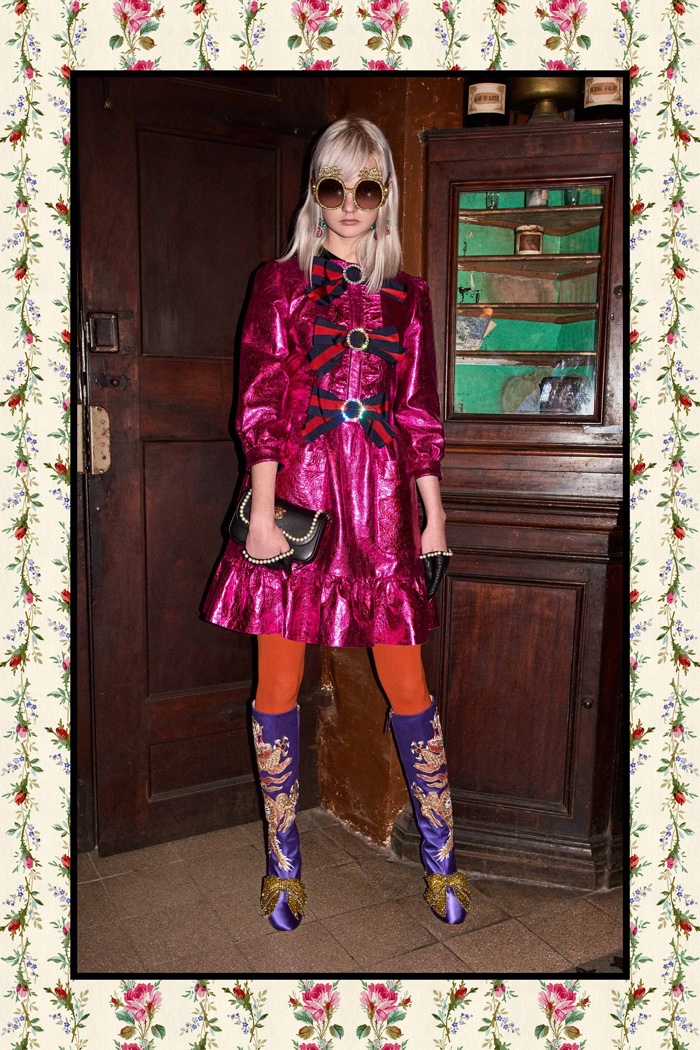 25 Years of met Gala themes as seen on Vogue.